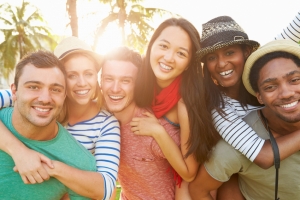 While an eating disorder is often viewed through the lens of a patient, many of the questions that we receive come from the family and friends of those who are struggling with an eating disorder. Many feel as though they are walking on egg shells trying to avoid saying/doing something that will trigger their loved one’s eating disorder thoughts and/or behaviors.

As such, I thought I would compile a list of common phrases that have been reported by our patients to be unhelpful as they navigate their way through eating disorder recovery.

1). “You look so healthy!” – Unfortunately, the word healthy has become an unhelpful “buzzword” in the eating disorder recovery community. For those in the trenches of their eating disorder, having someone say they look “healthy” is often equated to “you’ve gained weight” or “you are fat.” I think what people are probably trying to say when they make comments similar to this, is the fact that their family member or friend seem to be in a better place with regard to their mental health and overall wellbeing.

Try instead: “You are glowing; it is so nice to see your smiling face.”

2). “You lost a lot of weight; you look great!” – Even if you’ve seen a significant drop in weight, stay away using these words. First, it can imply that to look great, you need to lose a lot of weight or be thin. Second, there is a chance that someone with an eating disorder has engaged in unhealthy weight manipulation methods to get to the weight they are currently at, and saying comments like this can validate the use of these behaviors.

Try instead: “I’ve noticed that you’ve been spending meal times in the library and not hanging out with us as much…is everything okay?

3). “I wish I could eat that much and be so skinny” – Unfortunately, there is still a lack of education and understanding amongst the general public regarding eating disorders and the devastating impact they can have on the person struggling and their loved ones. You never know the internal struggle that someone is going through, or the reasons behind any kind of eating behavior.

Try instead: It might be easier to avoid any confusion by simply not commenting on what someone is eating. Try mundane conversations at mealtimes that don’t have anything to do with portion size, weight or body shape…movies, books and hobbies work great!

4.) ‘Wow, you’re really going to eat that all?” – Patients often require a larger portion of food to restore weight, which can be incredibly difficult for them. Bringing more attention – even as a joke – to the quantity of food can shame them into feeling they’re overeating. Plus, it minimizes the chance they complete their meal and meet their targeted caloric intake.

Try Instead: Have you seen the new episode of Greys Anatomy? I LOVE Shonda Rimes!

5). “I wish I could work out like you!” – This is especially true in cases where compulsive exercise is hindering treatment. Praising someone’s (potentially unhealthy) exercise routines can only reinforce their desires to burn more calories or the belief that excessive exercise is the only way to avoid being overweight or out of shape.

Try Instead: Model appropriate amounts of exercise, rest and fueling your body. If you are concerned that your loved one might be exercising excessively, let them know that you are worried and report what you have been noticing with specific examples. Be non-judgmental and non-reactive and help them to find resources in their community.

6). “Why aren’t you over this eating disorder yet?” – The road to recovery can be a long one.

Our culture loves to promote quick fixes that are not realistic especially when it comes to overcoming eating disorders. Making comments like this can belittle progress that has been made and put more unneeded pressure on them.

Try Instead: “I am so proud of you for being so brave and taking the steps necessary to help yourself heal. I understand that this is hard and I just wanted to let you know that I am here to support you in any way that I can.”

7.) “That’s gross” or “I’d never do that” – Reacting negatively to harmful behaviors – restricting, purging, binge eating – can further perpetuate the shame and secrecy cycle of an eating disorder. If someone is hearing from the people that they love most that their behaviors are gross or taboo, we can’t expect them to feel comfortable confiding in others which can lead to further isolation and less motivation to seek help.

Try Instead: “I see you’re having a hard time. What can I do to make this easier for you?”

Just as someone with an eating disorder distorts views about their physical appearance, how you communicate to them can easily be taken out of context, too. Avoiding these phrases should be helpful in ensuring your actions and words work together to be the best support system possible.

If you or someone you love is struggling, there is hope. 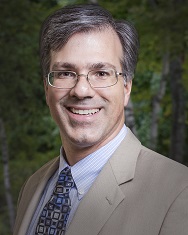 Bob Bordonaro is director at Walden’s Peabody clinic. He is responsible for ensuring effective clinical programming, program staffing, selection and supervision of staff, budgeting and compliance with all organizational and regulatory agency standards. Formerly, Mr. Bordonaro was Timberline Knoll’s professional outreach representative for the Northeast region. Prior to that, Mr. Bordonaro was director of admissions at Laurel Hill and was responsible for managing all aspects of the admissions department. Before working for Laurel Hill, Mr. Bordonaro was Walden’s director of the partial hospitalization program for several years. Formerly, Mr. Bordonaro worked for Deaconess Waltham Hospital as a crisis clinician/eating disorders admissions coordinator. Mr. Bordonaro began his career working as a mental health counselor at McLean Hospital, Belmont, MA. Mr. Bordonaro earned his master’s in social work from Simmons College. He is the current president of the International Association of Eating Disorders Professionals Metro Boston Chapter and has been a member of the National Association of Social Workers since 1998.