Why Are Male Athletes at Risk for Eating Disorders? 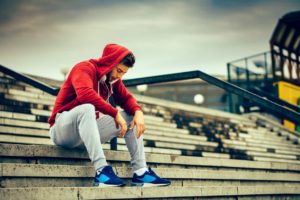 Last week, former Penn State football player Joey Julius spoke out about mental health and student-athlete wellness at his university. He shared very personal details about experiencing depression, binge eating disorder, dissatisfaction with his body weight, and how this drove him to experience suicidal thoughts.

If this didn’t get your attention, it should. That Julius is adding his voice to the conversation on eating disorders in sport is heroic and it is epic. It will help to break the stereotypes and end the stigma surrounding eating disorders and male athletes.

According to the National Eating Disorders Association (NEDA), research suggests that 0.1% to 0.3% of males in the general population will develop anorexia nervosa in their lifetime. Another 1-2% will experience binge eating disorder. While those may not sound like startling statistics, consider this. Males constitute 25% of individuals with anorexia and about 40% of those with binge eating disorder. Here’s another dose of reality: males are at a higher risk of dying from their eating disorder than their female counterparts. Why? Because males are typically underdiagnosed or diagnosed much later in the course of the disease since most people aren’t even aware that males get eating disorders.

Athletes are 2-3 times more likely than the average individual to develop an eating disorder, making male athletes a vulnerable subgroup. So why are male athletes at risk? Here are five reasons to consider, with supporting insights from Joey Julius’ story.

There are unique risk factors in the sport environment that male athletes are exposed to that push them to strive for perfection and maximize performance but can also trigger an eating disorder. The contributors are not all that different for male vs. female athletes looking to gain a competitive edge. High commitment to intensive training regimens, disciplined eating habits, and strict attention to body composition – often with frequent weigh-ins and public disclosure (or teasing or shaming) of athletes’ weights – are key factors that can trigger eating disorders in sport. In sports where competition is tied to weight class, like crew, boxing or wrestling, dieting and fasting to cut weight can easily progress into an eating disorder. Revealing uniforms and the realities of aesthetic sports, like gymnastics and figure skating, bring heightened attention to the athlete’s body shape and size. Teammates who practice unhealthy habits like chronic underfueling, flaunting fad diets, over-reliance on nutritional supplements, overtraining with no rest days, and training in spite of injuries role model disordered behaviors and contribute to a team culture that can ignite, sustain, worsen or endorse an eating disorder. Joey Julius’ story clearly points out that the male sport environment is not immune to these realities. Nor is any sport immune. This is not a situation affecting only runners, divers, wrestlers and gymnasts. This is a situation that affects all types of athletes.

People comment on male bodies and tell male athletes that they need to drop weight. Julius was an elite soccer player in high school. He was invited to a U.S. National Team camp when he was 15. In spite of his noticeable talent on the field, the coaches told him that no matter how skilled his play, he would not be invited back unless he dropped weight. When his father became obsessed with his son’s weight and put him on diets and diet pills, Joey’s secretive eating and binge eating only increased in response. Scholarship offers to play collegiate soccer came his way, with clauses in them tying scholarship renewal to weight loss goals. These experiences confirmed Julius’ worst fears – that his body shape and size were wrong for an athlete in his sport and would be an impediment to his success. This level of body dissatisfaction is what fuels an eating disorder. When it is reinforced by loved ones and by trusted experts in the sport environment, it becomes all the more toxic to the individual who is already suffering.

The media is as harshly critical to males as it is to females. Julius said it well in his recent interview. “I wasn’t just Penn State’s kicker. I was Penn State’s overweight kicker.”

He spoke of the humiliation he suffered when the media labeled him this way and from the social media storm that sustained a frenzy of hurtful commentary about his weight. A lot of attention is given to the influence of the media and our socio-cultural images of beauty that reinforce the thin ideal for women. For men, the desired body image is typically the muscular ideal; the six-pack abs. These ideals pervade sport and society. Athletes compare themselves to other athletes and to air-brushed images of athlete models, striving to achieve an unattainable image of perfection in sport. High school athletes emulate the pros. Teammates aspire to be smaller, faster, bigger or stronger than their peers. And everyone tries to fit the image of what is expected of them in their sport and in their position. “I’d always hear, ‘He doesn’t have the typical kicker’s body.’ I was not built like a kicker. I literally looked nothing like I was ‘supposed’ to be.” Julius said.

From a dozen years of practice in sports, I can tell you that comparing is a toxic habit. In treatment, Julius reached the same conclusion. “I’ve learned if I try to compare myself to everyone else, I will truly despair,” he said. “If I keep trying to be like someone I’m not, I will not be anything.”

Male athletes suffer from anxiety, depression and other mental health conditions that increase their vulnerability to eating disorders. Managing the stressors that come along with competitive sport, injury, being kept out of the starting lineup, or simply being told you’re not good enough is not so easy to cope with. If athlete’s support systems are limited and interpersonal skills for communication, emotional processing, and opening up to friends and teammates are not well developed, athletes may suffer in silence. This may be a more likely scenario for a male than a female, and it may be reinforced by the macho culture of the male sport environment. If the culture is to “man up,” there is little room to share your feelings, admit that you are struggling or share your emotional reaction to stress. Anxiety, depression, loneliness and hopelessness may heighten. As in Julius’ case, the result could be a suicide attempt. Eating disorders often co-exist with these mental health conditions for they represent an attempt to cope. This is why early identification and early intervention are absolutely essential.

Yet eating disorders in male athletes go undetected and undertreated. Julius was quoted as saying, “I think if I was a girl, or a female, my staff would’ve probably come to the conclusion of an eating disorder within the first month of what I was doing. I think it took so much longer for them to figure it out because I was a male.” There is evidence of the gender stereotype and bias against detecting and intervening in males in the literature. If that leads to decimated sports careers, poor health outcomes and death, it is an untenable situation to leave unaddressed. More research and a lot of honest conversation have to occur to move the needle on this issue, which is why Julius’ voice adds so powerfully to this dialog.

The fact that only about 1 in 10 males with an eating disorder actually seeks treatment is another statistic that gives us cause for pause. We need to identify males who are affected and we need to get them into treatment. Doing this requires some important work.

First, we need to set aside the stereotypes and develop a better understanding of what an eating disorder looks like in a male athlete. Second, we need to break the stigma and break the silence so that males ask for help and get the treatment they deserve. Clearly, we need more research and we need research that involves males. And finally, we require more comprehensive yet targeted treatment that effectively meets the needs of males with eating disorders. There is a growing evidence base to support athlete-specific treatment.

From our work in the Walden GOALS program, we find the universality of being in treatment alongside other athletes to be an important contributor to positive outcomes. Perhaps this model will prove particularly effective for male athletes. With research and through clinical practice, we will uncover more solutions. 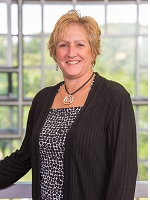 Dr. Quatromoni is a senior consultant for Walden Behavioral Care, and one of the nation’s top minds on the intersection of sports nutrition and eating disorders. As a registered dietitian, she has more than a decade of experience working with athletes with disordered eating and has published several papers on both clinical experiences and qualitative research on recovery experiences of athletes. Dr. Quatromoni is the Department Chair of Health Sciences and a tenured associate professor of Nutrition and Epidemiology at Boston University where she maintains an active, funded research program. In 2004, she pioneered the sports nutrition consult service for student athletes at Boston University. Dr. Quatromoni was recently named a 2016 Outstanding Dietetics Educator from the Nutrition and Dietetic Educators and Preceptors (NDEP) Council. She earned her B.S. and M.S. degrees in Nutrition from the University of Maine at Orono and her Doctorate in Epidemiology from the Boston University School of Public Health.