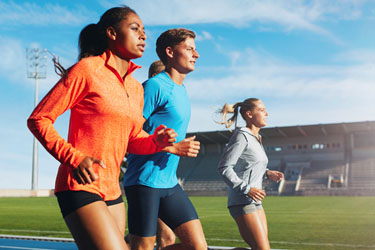 Walden’s Goals Program Will Focus on Issues Specific to Athletes

Athletes, especially those who compete in sports that emphasize weight, are more likely to develop eating disorders than the general population. To put it in perspective, a study of Division I college athletes found that more than a third of the females surveyed were at risk of developing anorexia.