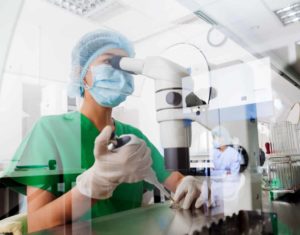 If you’re reading this, you might be curious as to whether Bulimia (or other eating disorders) are caused by genetics. You might have a parent with a history of disordered eating and wonder: does that mean you will also have an eating disorder? Or you might be a parent, worrying whether the fabric of your own DNA might make your child susceptible.

The short answer: Genetics alone does not cause an eating disorder. Having a history of eating disorders in one’s family does not necessarily mean an individual will eventually develop one. Genetics can play a role, but eating disorders take shape due to a combination of factors, including biological, psychological, environmental and societal influences, in addition to genes.

Our exact understanding about the intersection of genetics and eating disorders continues to evolve, but there’s still a need for more answers and clarity. However, some notable research hints at the magnitude of this relationship, particularly if you take a deeper look at Bulimia Nervosa.

Bulimia Nervosa was first described in detail by Pierre Janet in his 1903 “Obsessions et la Psychasthenie.” Janet’s’ case report centered around his twenty-two-year-old patient, Nadia, an accomplished artist and musician hailing from an affluent family. Janet speaks of Nadia as being ashamed of her adolescent developing body and her fear of becoming “fat” like her mother. Nadia is described as alternating between having a ravenous appetite and engaging in periods of self-starvation. It was noted that following the food binges, feelings of great remorse were experienced, as well as redoubled efforts to force herself back into “austerity.”

Bulimia itself was first named in a scientific paper in 1979 by the psychiatrist Gerald Russell, who considered it to be an ominous variant of Anorexia. However, as more research was conducted and more individuals suffering from bulimia nervosa identified, Bulimia and Anorexia Nervosa were recognized as two distinct syndromes. Current Diagnostic and Statistical Manual of Mental Disorders (DSM-V) criteria characterizes Bulimia Nervosa as having recurrent episodes of binge eating followed by compensatory behavior intended to prevent weight gain – induced vomiting, abuse of laxatives and diuretics or excessive exercise – exhibited at least once a week.

Classifications provide useful language for clinicians, however to date, relatively little is known about the epidemiology of this disorder that affects as much as 13 percent of college students and has a lifetime prevalence of 0.6 percent of the adult population in the United States. Even less is known about the familial factors in the etiology of bulimia.

Experimental and observational data suggest that social transition (such as migration and urbanization), media exposure and certain peer environments (involving social comparison and teasing) may all contribute to risk. Familial and twin studies have supported a genetic predisposition to eating disorders, with significant linkage on chromosome 10p in Families with Bulimia Nervosa. A 1998 study estimated the heritability of Bulimia to be up to 60 percent, with the remaining variance attributable to the individual-specific environment.

Molecular genetic studies have generated interesting leads, with the most promising findings emerging from genes related to the function of neurotransmitters and hormones such as dopamine, serotonin, ghrelin and oxytocin. A recent study also found that patients with Bulimia Nervosa have a high burden of mutations in the GLP1-GLP1 (Glucagon-like Peptide) receptor signaling pathway. GPL1R is a human gene that resides on chromosome six and is expressed in the pancreas and in the brain, where it is involved in appetite control.

So yes, Bulimia Nervosa is heritable, and the studies above have identified many genetic variants associated with this complex disorder and provided valuable insight into our genetic architecture. However, we have yet to identify well-replicated susceptibility loci, and the studies explain only a small portion of familial clustering, leading us to question how the remaining heritability can be explained.

That said, we are still in an early phase of scientific development in genetic studies with eating disorders, with most of our studies so far being underpowered and/or with multiple testing problems. Mental health research needs to evolve. Investigators now need to seize the opportunity to network with treatment providers (like Walden Behavioral Care), non-profits (like Walden Center for Education and Research) and other laboratories that share a common research-oriented mission.

Together, we must leverage our resources so that we can more effectively obtain insights that might be able to shed more light on important features of disease pathophysiology, comorbidities, genetics and possibly the development of innovative treatments. 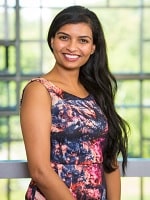 Priya Prabhakar, MD, MPH, MBA is the Associate Director of Walden Center for Education and Research (WCER). In this role, she is responsible for leading communication with universities, independent researchers and funders with the aim of cultivating, growing, and sustaining long-term funding and collaboration. Additionally, she is responsible for managing strategic plans at all stages from concept development, review process, grants contracting and research compliance. She received her medical degree at I. M. Sechenov Moscow Medical Academy, Russia and her Masters in Public Health and Business Administration in University of Texas and Bentley University respectively. Dr. Prabhakar is also a visiting Researcher in the Department of Brain and Psychological sciences at Boston University.