Four Things You Might Not Know About Men and Bulimia 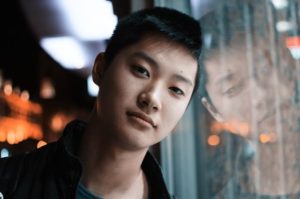 Bulimia is a life-threatening eating disorder and psychological illness characterized by eating unusually large amounts of food in a short period of time, followed by purging. Purging can take the form of self-induced vomiting, use of laxatives and/or diuretics, and/or extended periods of compensatory exercise and/or caloric restriction. Research estimates that 1.5% of women and 0.5% of men in the United States have bulimia. This equates to approximately 4.7 million females and 1.5 million males. Although both men and women can experience eating disorders, here are four things you might not know about men and bulimia.

In the United States, body image concerns and eating disorders are often mistakenly considered “women’s issues.” Research, however, indicates that body image can be challenging for a lot of men, and prevalence seems to be increasing annually. Teenage boys, for example, are now three times more likely to suffer from Body Dysmorphic Disorder, with numbers of male body dissatisfaction increasing from 15% to 45% over the past 25 years.

[i]
Research published in the Journal of Psychology of Men and Masculinity in 2013 reported that approximately 95% of the 153 college age men surveyed were dissatisfied with their bodies on some level.[ii]  A 2014 study in the Journal of Body Image, analyzed four studies of undergraduate men, and found that over 90% of the men in the studies, struggle in some way with body dissatisfaction and negative emotions, thoughts or opinions towards their body.[iii] Although women’s struggles with body image regularly make headlines, the data clearly indicates that male body image dissatisfaction is a significant emerging problem that cannot be ignored.

Male body image dissatisfaction is complex, but many researchers identify social media, Western cultural values, video games, movies, toys, and celebrities as important contributors. These sources of influence often emphasize various body image ideals, such as the muscular ideal perpetuated by the fitness industry and Hollywood. Attempts to attain unrealistic body ideal standards often increase susceptibility to disordered eating or eating disorders. Bulimia is one of the many possible potential consequences. Unfortunately, men tend to rarely discuss body negativity, as they have few opportunities to process what they experience or deal with the related negative emotions. Men seek treatment for body image distress or eating disorders far less frequently than women do, or they may delay seeking treatment until much later in the course of the illness, due to shame, stigma or other stereotypes that make it difficult for men to ask for help. Furthermore, eating disorders and male mental health challenges are often shrouded in secrecy, which increases barriers for those seeking treatment and indicates that research may actually significantly underrepresent the number of men who struggle in silence.

Bulimia is a blend of a psychiatric illness and a maladaptive coping skill. Sometimes men develop bulimia as a way to cope with trauma, anxiety, depression, stress or other uncomfortable thoughts, feelings, sensations or experiences. Men and women alike often report bulimia and restrictive eating disorder behaviors as providing a temporary sense of relief from life’s stressors, but eventually these behaviors become entrenched, habitual and chronic, and can lead to a variety of physical and mental health consequences. While individuals with eating disorders that do not involve body image dissatisfaction may not be in pursuit of dramatic changes to body weight, shape or size – they are serious nonetheless.  This is due to the negative impact on growth and development of adolescent boys and on bone and theheart and endocrine (hormonal) systems for adult men. Regardless of the triggers, bulimia requires treatment for a complete recovery where patients can develop the functional coping strategies and positive mindset needed for long-term success.

Research indicates that athletes are 2-3 times more likely than non-athletes to experience eating disorders, with as many as 70% of athletes in weight class sports engaging in dieting or disordered eating behaviors. Many athletes consider their disciplined eating habits, rigorous training strategies, and weight control behaviors to be signs of their commitment to sport. Given the secretive nature, stigma, and denial surrounding eating disorders, particularly in competitive sports, male athletes are predisposed to hiding their behaviors and justifying their actions using a “win at all cost” mindset. In fact, many eating disordered behaviors exhibited by male athletes easily fly under the radar of concern because they are perceived as within the social norms of the sports culture with which they live.  In contrast to women and female athletes who are often motivated by the thin ideal, men and male athletes may be more likely to engage in behaviors to achieve a particular physique associated with a perceived performance and/or health benefit. Although male athletes might not engage in self-induced vomiting, purging through excessive exercise, overtraining in the gym, and chronic caloric restriction or macronutrient manipulation coupled with over-reliance on nutritional supplements and protein powders can severely harm the body over time. Other components of bulimia, such as binge-eating, could are often rationalized away in the context of sport. For instance, a “big male appetite,” or “eating big to bulk up for sport,” are both seemingly normalized for boys and for men in our culture. Nevertheless, despite an outward healthy appearance and in spite of one’s participation in sports, these behaviors eventually threaten athletic performance, predispose athletes to injury, have significant consequences to physical and mental health, and require professional treatment.

Even though there are variations of bulimia and associated disordered eating practices, one fact remains: bulimia and eating disorders do not discriminate according to shape, size, age, sex, gender, sexual orientation, race, ethnicity, income or educational level. Anyone can develop an eating disorder. Men and male athletes are not immune; nor are they alone. Unfortunately, eating disorders in men are typically under-diagnosed, under-treated, and poorly understood. It is time to break the silence and identify where to go for help!

If you or someone you know requires help with bulimia, another eating disorder, or compulsive exercise, please consider our treatment programs at Walden Behavioral Care. The Walden GOALS program offers a treatment program specifically for competitive athletes. 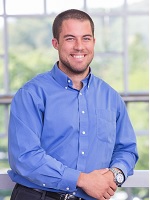 Matt Stranberg, MS, RDN, CSCS, LDN is a licensed registered dietitian nutritionist and certified strength and conditioning specialist. He is a nutritionist and exercise science advisor for the Walden GOALS program. Matt devoted the early part of his career to refining the art of training elite collegiate and professional athletes. In graduate school, he developed expertise in nutrition, behavior change and eating disorders. Matt now devotes his practice to translating nutrition and exercise science into practical solutions. As a lead member of the GOALS team, Matt is known for his dedication to educating and empowering athletes of all backgrounds to facilitate a full and meaningful recovery from disordered eating. Matt holds a B.S. degree in Kinesiology from the Honors College at The University of Massachusetts Amherst, a master’s degree in Applied Exercise Physiology and Nutrition from Columbia University and was a dietetic intern at Boston’s Brigham and Women’s Hospital.