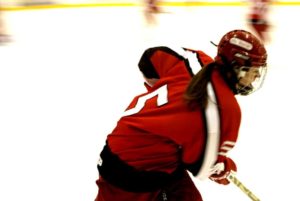 Anyone who has struggled with an eating disorder can appreciate that transitions are vulnerable times. Graduating, relocating, changing jobs, and starting/ending relationships can all contribute to the start or re-energizing of eating disorder thoughts and behaviors. Many of these changes are overwhelmingly positive and can STILL have surprising and challenging side effects. For competitive athletes whose identities may feel inextricably linked with sport participation and performance, the transitions noted above are layered with changing teams, coaches, cultures, levels of competition, and ultimately –  moving away from competitive sport in one way or another.

Change can be stressful, even in the best of times. When we’re under stress, we naturally seek out coping skills to manage the unpleasant and overwhelming emotions, and often this comes in the form of disordered eating. So when the 22-year-old woman sitting in my office identified her impending “retirement” as the main precipitant for her eating disorder, it made complete sense. She was in her fourth year of college and getting ready to hang up her competitive ice hockey skates.

Below are some common transition events specific to athletes with commentary from the above former hockey player. I compiled this list of potential risk periods during the athlete life cycle in order to guard against the development of eating disorders and to prevent relapses.

“I remember loving every aspect of the game, whether it was power skating, stick handling lessons or the games. It didn’t matter to me: as long as I was playing hockey, I was happy.”

From the time she could walk, she was on skates and holding a stick. While the early identification of talent and early specialization certainly contributed to her success as an athlete, they also contributed to this client primarily identifying as a hockey player from toddlerhood – potentially at the expense of other identity-building roles and activities. Putting all her eggs in one basket may have contributed to her eating disorder vulnerability due to the potential limits it can place on other opportunities for nurturing social/emotional growth and confidence development.

“I remember wanting to play on the U.S women’s Olympic team more than anything in the world. I was being invited to the camps and playing with the players.”

Unfortunately, it is not unusual for us to hear that someone’s eating disorder developed or flared up when they transitioned to the next competitive level of their sport—the move from being “a big fish in a small pond” to “one of the fishes” can be a difficult transition. Earning the opportunity to continue to compete at higher levels is widely considered to be an athlete’s dream, but even positive advancement can bring challenges. Moving up means moving on from the teammates, coaches, and culture that’s familiar and adapting to new people and new systems that could be more or less compatible and healthy.

Not Making the Cut

“I was getting tastes of what it could be like, but I wasn’t even given the opportunity to prove myself like other girls were getting. I didn’t understand why. ”

While it may seem that advancing to the next level and not making the cut are opposing transitional moments in an athlete’s career, they can have a similar impact. If the message you internalize is that you have to do more, work harder, be better, it would make sense that you would then direct all your energy toward those pursuits – despite potential consequences to health and well-being. Athletes are susceptible to seeking any possible competitive advantage through extreme measures around nutrition and training. Be mindful about your physical and mental preparation, and seek guidance from trusted resources to ensure that you have realistic expectations.

Suffering From, and Coming Back From, Injuries

“I started training harder, practicing more, eating healthier until this took a turn and was not healthy, but I couldn’t stop.”

The mental and emotional impacts of injuries are often just as challenging as the physical pain and recovery. The injured athlete may often feel isolated, worry about the training break, and be anxious about whether or not they’ll regain their spot in the lineup. Feeling out of control, athletes may change their eating behaviors out of fear of weight gain and losing competitive advantage. It’s critical that injured athletes take time to rehab thoughtfully while staying connected to positive influences in their sport environments.

Moving Away From Sport

”My entire life, you worked hard and made the team, or you worked hard and got a good grade on your exam. As I got older, though, it wasn’t just about hard work, it was about who you knew, where you were from, how much money your family had. These lessons no one really prepares you for, and a lot of them hit me all at once.”

For many athletes who have devoted their lives to sport, ending an athletic career often represents a loss of purpose and identity. This client had told me pointedly that she hadn’t done anything that didn’t serve to make her a better hockey player or make her more prepared for law school. Now she was losing 50% of all that she focused on, worked for, and valued. Like many other clients living with an eating disorder, she was also trying to learn to appreciate her body for things other than the power and strength that served her on the ice. We move out of sport for many reasons, and some are more within our control than others, but even if it’s anticipated, planned, or desired, it can still have unexpected physical, mental and emotional consequences.

Change of any kind can be difficult. For athletes, it is especially important to be aware of situations that may make them more vulnerable to experiencing stress. Knowing and understanding biological, psychological and environmental factors that could contribute to the development of an eating disorder is critical in preparing and safeguarding oneself from falling into unhealthy coping strategies and practices.

We at Walden Behavioral Care understand that being a competitive athlete brings unique experiences and challenges. That a specialized approach to eating disorder treatment is indicated. If you or someone you love is or will be experiencing any of the above transitions, our GOALs team is here to help. 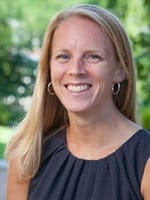 Emily Slager, MA, LMHC is an accomplished runner, who has participated in ten consecutive Boston Marathons. She understands the lack of attention on eating disorders and mental health within the athlete population, and is passionate about changing that. She is the director of Walden’s Waltham clinic, where she oversees the clinical and administrative components of GOALS and other eating disorder treatment programs. She previously was director of residential, partial hospitalization and intensive outpatient programs for adolescents and adults at Walden’s Waltham location, and a clinician on Walden’s inpatient eating disorder and psychiatric units. Prior to Walden, Emily worked at Octagon Worldwide representing various professional athletes for the global sports and entertainment marketing firm. She was also an intern at the Women’s Sports Foundation in New York City. Emily earned her master’s degree in counseling psychology from Boston College.