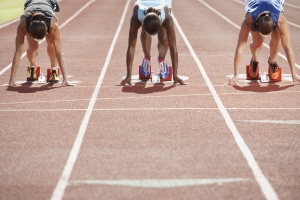 It was binge eating that made me deny having any sort of eating disorder.

As a runner, I thought anyone but athletes had issues with food. After all, weren’t we the epitome of health? Lean and strong, thanks to exercise? I had to be the broken, I thought. I had to be the one with the lack of discipline around food.

These thoughts, unfortunately, are what landed me in binge eating disorder in the first place.

It all began with this thought that my appetite was “broken,” that maybe if I just adjusted what and how much I ate, I would be “right” again. I made these changes and lost weight. With weight loss, came the fastest times I had ever run in my life.

And, I thought, this obsession with food couldn’t possibly be an eating disorder. I ate three meals a day. As a runner, I knew I had to fuel properly. I knew I needed nutrition from all of the food groups. However, I wasn’t allowing myself to eat enough. I didn’t trust my body, didn’t think it could eat “right” unless I controlled it “properly.” I began to believe that any extra bite of food wasn’t true hunger, but emotional eating. I worried more about broken bones from not eating “perfectly,” rather than the unknown eating disorder that would develop from here, one that no one talked about: Binge eating.

After years of denying what I thought to be emotional, greedy, gluttonous desires, my body began to fight back.

I ran in silence, but my body spoke up for me. Occasional binges turned into weekly binges, turned into daily binges. I found it difficult to stop thinking about food, and the food cravings were more intense than I had ever experienced in my life. I couldn’t sleep at night until I gave in to what my mind obsessed about, and I couldn’t concentrate on my studies until I was full with food.

I panicked and tried to exert more control by restricting food to compensate for all I had eaten. This began a vicious restrict-binge cycle that only worsened the eating disorder, but I was sure my problem wasn’t “bad enough” because I was now gaining weight, not losing it. Weren’t people with eating disorders emaciated? And no one in the sports world talked about food issues, let alone this side of eating disorders. Anorexia, for a while, seemed “better” and easier to bring up than binge eating.

Now with clarity for what happened and how, I see that bingeing, or eating more than I deemed “appropriate,” wasn’t a result of emotional eating. My emotional eating (or rather, non-eating) began with the anorexia I had unknowingly developed. The binge eating was a result of that emotional non-eating, and the intensity in which I binged was out of fear of my loss of control and desire to regain the “success” I had tied to running faster at a lower weight.

These issues surrounding food were not resolved by finding “discipline” and “willpower” (as I thought they would). They were healed by realizing that binge eating was an eating disorder and that restricting food had played a role in its development. They were fixed by going through a long, intense recovery process to accepting my body as it was, and understanding that happiness couldn’t just be found in fast performances or my sole identity as a runner. They were fixed by learning to trust my hunger, and that my body was never “broken.”

I had to dive into what made me even think that in the first place.

Combined with therapy, seeing an eating disorder dietitian, and being open about my struggles through my website www.RunninginSilence.com and self-help book Running in Silence (Koehler Books, 2016), I began to heal. I was also messaged by many other athletes imprisoned in this same lonely, confusing and career-ending experience (it turns out I wasn’t the only one running in silence). Yet many athletic programs weren’t talking about it—especially not binge eating—and not enough people were aware of the mental and physical consequences. If an athlete “looked” healthy and fit, wasn’t everything “fine”?

It has become my mission through Running in Silence to bring awareness to those who can help make improvements for the mental well-being of athletes, as well as offer resources for those in the eating disorder recovery process. It is encouraging when athletes raise their voices about all sides of eating disorders, their consequences, and create a new definition of success beyond numbers so that athletes after them don’t remain silent—and trapped—as long as I did.

If you’re an athlete seeking support for an eating disorder, know there are many resources available today. 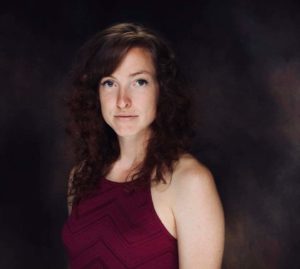 Rachael Steil, author of the self-help memoir Running in Silence, writes articles about running and eating disorders for her website www.RunninginSilence.com (awarded Top Eating Disorder Blog), and is a speaker and advocate. She was 6th and 7th place NAIA All-American in cross country and track for Aquinas College, and now coaches at Grandville High School. Steil’s work has been endorsed by Nancy Clark, registered dietitian and board certified specialist in sports dietetics, and Suzy Favor Hamilton, Olympic middle distance runner and mental health advocate. Steil’s greatest achievement was not breaking a physical barrier, but a mental one.