We’re Here, We’re Queer, And Yes, We Get Eating Disorders Too! 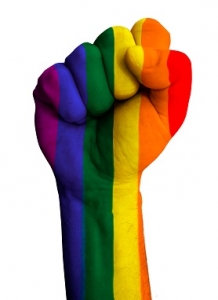 The often portrayed media image of eating disorders as something that effects only young, white, middle- and upper-class women continues to render many with eating disorders invisible.  One such population is people who are lesbian, gay, bisexual, transgender, queer or questioning (LGBTQ).  Discussions of eating disorders in this community have traditionally been rife with stereotypes.  As our field has evolved, we have begun to realize that the stereotypes don’t correspond with the reality of many of our patients.  LGBTQ people have also come forward asking for eating disorder treatment, and demanding that their providers educate themselves.  So let’s talk about some of the myths & facts about LGBTQ folks and eating disorders.

The facts are that eating disorders are caused by a variety of factors that interact to create the disorder.  These include genetics, stress, life experiences, and cultural expectations around standards of beauty.  Additionally, it is a fact that lesbian and bisexual women do get eating disorders, just like heterosexual women.  Clearly eating disorders are more complicated than just a worry about whether one is attractive to men.

While research on LBGTQ people with eating disorders is relatively limited, the findings that have emerged are concerning.  Transgender people seem to have the highest rates of disordered eating when compared to both other LGBTQ people and people who are heterosexual cisgendered (i.e. non-transgender) people.  According to research done in 2015 by Stefan Diemer, rates of disordered eating for lesbian, gay, and bisexual college students are higher than for heterosexual students.  Research done in 2009 found that during adolescence, girls who identify as lesbian, bisexual, or “mostly heterosexual” and boys who identify as gay, bisexual or “mostly heterosexual” have higher rates of binge eating and purging than their heterosexual peers.

So what can treatment providers do with this information?  For starters, it is important that treatment providers for eating disorders do not make assumptions about their clients’ gender identity and sexual orientation.  Paying attention to language and giving clients a safe space to self-identify is important (for example, “are you in a relationship?” rather than “do you have a boyfriend or husband?”).  Creating safe spaces for LGBTQ clients to talk about their particular stressors and how they impact their eating disorder is important.  LGBTQ clients may or may not feel comfortable discussing their sexual orientation or gender identity in group therapy; treatment providers should take care to allow clients to make these decisions for themselves and to ensure a safe space if they do disclose.  Transgender clients, in particular, may experience body image difficulties in ways that are complicated by their gender identity as well as the cultural expectations around beauty and thinness that effect everyone.  They should be offered the opportunity to discuss these things in treatment, but not be forced to do so.

And what if you are LGBTQ and dealing with an eating disorder? Don’t be afraid to ask for help.  When looking for therapists or other treatment providers, ask them if they have worked with other LGBTQ clients.  If a provider can’t comfortably answer this question (even if the answer is no), then you probably don’t want to work with them.  If you are looking at getting intensive treatment (for example, residential), ask the facility you are looking at what their experience is working with LGBTQ clients.  Again, you are looking for somebody who is willing and comfortable talking about this with you.  Bonus points if they also have experience with LGBTQ clients.  You have the right to ask for what you need in treatment. 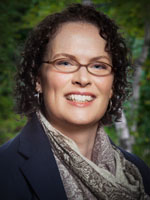 Angela Rowan, LICSW, is the Director of Walden Behavioral Care’s Amherst Clinic.  She has worked for many years with LGBTQ people, both in community mental health and in private practice, where she specialized in working with transgender people and their families.  Her additional clinical interests include eating disorders, DBT, and family therapy. She lives in Western Massachusetts with her three cats, two children, and one spouse.