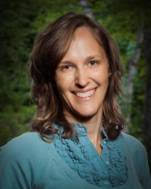 For Renee Bazinet Nelson, a career in the treatment of eating disorders is a natural fit. Nelson, a Holden native and Princeton resident, graduated from the University of New Hampshire with a psychology degree and landed a job at the renowned autism research and education organization, the New England Center for Children in Southborough, before doing in-home applied behavioral analysis. Eventually, Nelson felt drawn to go back to school and earned a doctorate in psychology from the Massachusetts School of Professional Psychology, now William James College. Today, Nelson is director of adolescent services for Waltham-based Walden Behavioral Care. She spends time working at all of Walden’s sites, including an outpatient clinic on Chandler Street in Worcester.

What does your job entail?
My job is really to ensure that we are training staff in the way that we need to, that we’re up to date on the most evidence-based approaches and following the research, educating staff and doing some clinical consultation as well.

How did you get into the eating disorder treatment field?
I had applied for post-doc fellowships at various places and was offered one at Cambridge Eating Disorder Center. I had always been interested in eating disorders, and it always seemed strange to me it that wasn’t under the umbrella of health psychology. It’s so psychological and medical, simultaneously. I found it was a good intersection of my skills.

Are eating disorders overlooked as a behavioral health disorder?
That’s changing. I think what’s still lacking is a full understanding of what it is and the emotional struggles that go along with the illness. I think we have a lot to learn as a culture about that, but I do think the awareness that it’s a mental illness that’s treatable, and worth treating, is on the rise.

Why are eating disorders misunderstood?
Our culture is very confused in general about food, and our relationship to food, and the quality of food. It’s hard to kind of tease out what’s normal angst about our bodies and our relationship to food. I think there’s a huge social (component) right now of being able to trust food companies with documentaries coming out and studies coming out. So that adds another layer that makes it hard to kind of pinpoint when somebody is obsessing over it.

Do you think our cultural obsession about food can trigger eating disorders?
I don’t think it helps. Now we know that eating disorders are really biologically driven and genetic so things like that in the environment could certainly sort of support the development (of an eating disorder), but it wouldn’t be the cause.

How do you describe an eating disorder to someone with no experience?
From the point of view of the patients I’ve worked with, it feels like a jail. People feel like they are stuck behind bars, by the rules and the emotions that come with eating and are having a hard time seeing through those or allowing people to open the door and let them out.

Are eating disorders less stigmatized than they were, say, a generation ago?
People are more willing to open their eyes to it, more willing to say, “I know about this, but I don’t truly understand it.” I’ve definitely seen a shift in the five or so years I’ve been in this field.