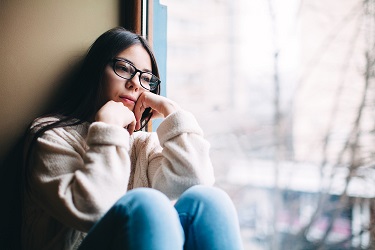 Did you know bulimia is more common than anorexia? Or that excessive exercise is a common symptom of bulimia?

Bulimia impacts millions of Americans – estimates show a lifetime prevalence of 1.5% among all females and 0.5% of males. Like other eating disorders, bulimia is a serious condition and can result in severe medical and behavioral complications.

Recognizing the proper signs and symptoms of bulimia can help to mitigate these health risks, but due to the secretive nature of this disorder, can often be challenging. Furthermore, bulimia affects individuals of all body shapes and sizes – not just those who live in larger or smaller bodies.

Despite this, there are some warning signs that are important to be aware of. Let’s take a look:

Eating large quantities of food, followed by some type of compensatory behavior: Individuals with bulimia consume larger portions of food than what is considered normal over short periods of time, often lacking control and the ability to stop and even sometimes eating to or past the point of discomfort. Strong feelings of shame and guilt typically follow the binge eating episode, which then lead to compensatory behaviors aimed at “undoing” calories consumed. These can include self-induced vomiting, abuse of laxatives, diuretics and/or diet pills, fasting or over-exercise (see below for more).

Dehydration or weakness: Self-induced vomiting and laxative abuse can deprive individuals of adequate potassium and calcium, which can then result in severe electrolyte imbalances and dehydration. In those cases, individuals might frequently experience lightheadedness, lethargy, muscle weakness and/or severe cardiac irregularities.

Unusual behavior around meals: Consistently disappearing following a meal, especially to the bathroom, can be a sign indicative of bulimia. The same can be said for finding open wrappers or stashes of food in unusual places; for instance, opened packs of candy bars underneath one’s bed or in their closet. Excessive fluid intake after eating, especially water or diet soda, can be a precursor to certain purging behavior. Regularly eating alone in private or showering immediately following meals are also possible causes for concern.

Intense fear of gaining weight: Individuals with bulimia commonly express strong dissatisfaction with their body type or appearance. If you notice yourself or someone you love talking more about dieting, food, shape and appearance, it might be worth paying more attention to.

Dental issues: This is common among those who partake in self-induced vomiting. Frequent vomiting builds up acid levels in the mouth which, over time, can lead to tooth decay, erosion, discoloration and even loss of teeth.

Scars on fingers or knuckles: This mostly applies to individuals who use self-induced vomiting as a compensatory behavior. Repeated instances of purging can cause irritation, calluses or scars on one’s knuckles or on the back of their hands (also called Russell’s Sign).

Social withdrawal: Binge episodes and subsequent compensatory behaviors can be used as coping mechanisms to deal with overwhelming feelings of stress, anxiety and even depression. Someone with bulimia might isolate in order to avoid social situations, especially those involving food or meals.

Over-exercise: Not everyone who over-exercises has bulimia. But “exercise bulimia” is a real thing, occurring when someone uses exercise as a means to compensate for caloric intake. This form of bulimia is becoming increasingly common in males. A warning sign to look for here is the inability for a person to take a day off even if they are injured or ill.

If you – or someone you know – are experiencing some of the symptoms above, it could be a sign of a more serious issue. Consulting a medical professional or a trained eating disorder specialist is recommended.

Of course, our team is always happy to be a resource for you, too.