What’s Behind the Troubling Rise in Suicide Among Female Teenagers? 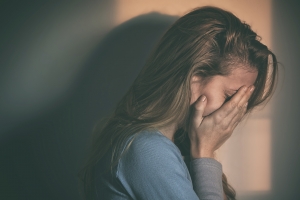 The CDC recently released its 2015 report on suicide in the United States, with many alarming findings.

It was reported in this particular publication that suicides have reached their highest levels in three years, rising 24 percent since 1999. It was also found that females are committing suicide at a greater rate than in previous years; in fact, cases among girls between the ages of 10 and 14 jumped 200 percent, the largest increase among any female age group.

While there are many factors contribute to these disconcerting trends, we have examined the following in order to create the whitepaper below:

1). Antidepressants: An overreliance on a specific group of antidepressants, Selective Serotonin Reuptake Inhibitors (SSRI’s) – including Celexa, Zoloft or Prozac – often being used to treat depression and anxiety among this population.

2) Nutrition: A growing number of studies suggest a strong correlation between deficiencies in fatty acids and vitamin D with mood regulation and suicidal behavior.

3). Eating Disorders: As the incidence of eating disorders remain high among those with eating disorders, the accompanying high risk of suicide attempts – ranging from 13-31 percent, per studies – is perhaps even more troublesome.

4). Social Media: The dramatic rise in online and social media usage among teenagers is paving the way for easier access to pro-suicide communities and even tutorials for committing suicide.

Walden Behavioral Care’s new whitepaper, “Behind the Curtain: 4 Factors Contributing to the Alarming Rise in US Suicides,” dives into these areas in more detail – offering specific suggestions for health care providers, parents and loved ones to minimize the risk with each.

*This blog post does not necessarily represent the views of Walden Behavioral Care and its management. The Walden Blog is meant to represent a broad variety of opinions relating to eating disorders and their treatment. Comments are welcome, but respect for the opinions of others is encouraged.