Taking Picky Eating to the Extreme

Jeaninne Mackson always knew there were certain foods her son, Brendan, wouldn’t eat. If it didn’t have a “crunch” to it — say, cookies, crackers or extra crispy fries — he couldn’t even put it near his lips. But Ms. Mackson, of Shrewsbury, Mass., figured her son would eventually grow out of his fussiness.

When he was 7, doctors gave him a diagnosis of attention deficit hyperactivity disorder and suggested his parents expose him to different foods and learn to be more patient. By the time he turned 9, he was restricting his intake to such a degree that his parents feared for his physical and emotional health.

“It was starting to affect his self-esteem,” said Ms. Mackson. “He couldn’t eat what the other kids were eating. He said, ‘I feel stupid. I don’t know why I can’t do it. I just can’t.’ He almost envied other kids who could just sit down and eat strawberries or a salad.” 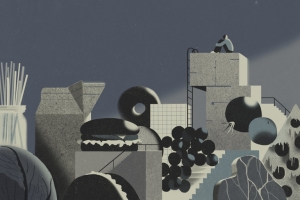 At age 12, after Brendan started showing signs of malnourishment, the family took him to Walden Behavioral Care, an eating disorder treatment center in Waltham, Mass., where he was given a diagnosis of avoidant/restrictive food intake disorder, or Arfid. The eating disorder was added to the fifth edition of the Diagnostic and Statistical Manual of Mental Disorders, the American Psychiatric Association’s reference manual, in 2013.

While many kids go through periods of being picky, or selective, eaters, Arfid is picky eating taken to the extreme. A Swiss study of 1,444 children ages 8 to 13 found that 3 percent were affected by the condition, which often starts in childhood.

Those with Arfid avoid specific colors, textures, tastes or smells of foods, or are afraid of choking or vomiting. Others may have no interest in eating at all.

“They’re avoiding the possibility of experiencing something fearful to them,” said Dr. Ovidio Bermudez of the Eating Recovery Center in Denver. “It’s, ‘Certain foods in my mouth have felt kind of funky since I was little. There are tastes I don’t like and things I can’t eat because they make me feel weird.’”

While Arfid may overlap with other eating disorders, those with the condition don’t have a distorted body image and aren’t driven by a need for thinness. But they often lose weight — or fail to gain weight — because they simply don’t consume enough calories, which can lead to developmental delays.

“They have less flexibility around eating, and a harder time socializing because of eating,” said Renee Nelson, the clinical director of adolescent services at Walden. “The biggest issue is that it doesn’t correct on its own.”

Preston Ray, now 21, was given a diagnosis of Arfid last year. Like Brendan, he was a picky eater from infancy; at age 2, he would eat only Cheerios and applesauce. As he grew older, he found it hard to swallow foods and had frequent stomachaches, followed by some anxiety and obsessive-compulsive tendencies.

“There was a list of five to 10 ‘safe’ foods, and even those caused anxiety,” he said. “I could try new things in other areas of my life; I do enjoy adventure and travel.” But when it came to food, “there was anxiety about trying something new.”

The list of foods he would not — or could not — eat grew so vast that it’s easier for him to recall those he would: grilled cheese, cheese quesadillas, pasta with no sauce, and some fruits. Lots of biscuits. No vegetables except for raw baby carrots.

“He ate very small portions,” his mother, Kristi Ray, of Austin, Tex., recalled. “He never felt hungry. I was told by every doctor and specialist, ‘Don’t worry, he’s just a picky eater, he’ll grow out of it, it’ll resolve on his own.’ Everyone kept discounting my concerns. No one was calling it what it was — an eating disorder.”

In Brendan’s case, his parents enrolled him in an intensive outpatient program at Walden in February, where he attended therapy three hours a day, three afternoons a week, for eight weeks. (Insurance covered most of it.) His parents were required to participate in family therapy and also attend dinners with other families in the program.

Treatment included exposing him to the foods he feared, and incorporating dialectical behavior therapy, a type of cognitive-behavioral psychotherapy that focuses on behavior change.

His parents also learned behavior modification techniques like setting time limits during meals (“You have 30 seconds to take your first bite”) and using points that could be traded in for prizes. “We use chasers” — like M&Ms or chips — “to try to minimize the not-so-pleasant taste and texture of the food or to try and mask the taste,” Ms. Mackson said.

While her son has vastly improved, eating is still a daily battle, she admitted. And her son, now 14, realizes that this will be a lifelong issue.

But “he understands it, his self-esteem is better, he’s learned strategies to deal with it in someone else’s home or in a restaurant,” she said. “He’s also eating different foods and more of them. His mental health has improved because he realized there’s nothing wrong with him, it’s just something he struggles with and has challenges with.”

Mr. Ray, who is 6-foot-5 and plays basketball, dropped 35 pounds during his junior year of college. Worried, he took time off from school and did partial inpatient treatment at the Eating Recovery Center in Austin.

“They used individual and group therapy to teach us tangible skills we could use throughout the day and at meal time to cope with anxiety,” he said. “It also gave me a chance to slow down and work through my own thoughts alongside other young adults who were going through very similar issues.” While he realizes his anxiety around food will never completely disappear, his schoolwork has drastically improved, along with his social life and overall happiness.

And he has managed to add hamburger, salad and pizza with sauce to his menu. He feels triumphant. But even more than adding new foods, “I’ve learned how to reframe the way I see food,” he said.

The ultimate goal would be to stay a healthy and safe weight, he said. “And to have food not be the main thing I’m thinking about every day.”