Is Anorexia a Choice? 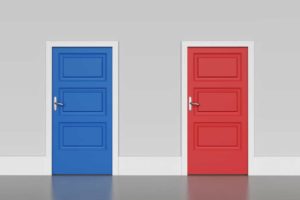 For those who haven’t experienced anorexia, it can be difficult to understand the function of the illness. As such, people often think that there is a simple solution to the condition. “You just have to eat,” they often say matter-of-factly.

Although these comments probably come from a place of good intention, they can often be painful and frustrating for those living with anorexia and other eating disorders. As providers, we hear over and over from our clients, “If I could decide to just change my behavior, I would.”

Lack of education or awareness of the illness can often lead friends or family to ask “is anorexia a choice?” For those not living with an eating disorder, it can often seem that it is. While some eating disorders may develop out of a conscious choice to improve health (eating “healthier” foods, increasing exercise or cutting out certain food groups) for those predisposed to eating disorders, these lifestyle choices can become obsessive and spiral out of control. By the time someone’s behaviors have escalated to the point of a diagnosed eating disorder, they no longer have much choice in their own actions.

The effects of long-term malnutrition were explored in a study known as the Minnesota Starvation Experiment that was conducted in 1944. At the time, the study was initiated because the problem of starvation was occurring so frequently in the context of WWII, and there was a lack of knowledge around the issue. The men in the study were asked to lose 25% of their overall body weight and were placed on dietary restrictions; they were also assigned regular exercise. As the study progressed, researchers found that the participants were engaging in many of the same behaviors that those with anorexia nervosa often exhibit; ritualized eating, deconstructing foods to take more time eating, excessive gum chewing, and obsession with cooking and recipes (Kalm and Semba, 2005).

The reason this study is important for the conversation around the “choice” involved in developing / maintaining eating disorders, is because it establishes that there are common behaviors that seem to emerge from the starvation process itself.

Finally, there has been a significant amount of research implicating genetics in the development of anorexia nervosa. This study revealed that anorexia is associated with genetic abnormalities linked to chromosome 12. Additionally, there have been other studies finding a link between chromosome 1 and anorexia detailed in a study by the American Psychological Association in 2002. It has also been found that the chance of someone developing anorexia is 50-80% genetic. Therefore, developing anorexia is largely associated with one’s genetics—and those cannot be chosen.

By the time someone has reached a point that they require therapeutic intervention for their eating disorder, they have often lost control over many or all of the related behaviors. However, this does not mean someone cannot choose to start the road to recovery. The way we empower someone to do this is to meet them where they are and understand that they are not necessarily functioning cognitively or psychologically at their typical baseline. We help them start to fight back against the damage of malnutrition by replenishing vital nutrients and most importantly, we hold hope for them when they are unable to do so for themselves. 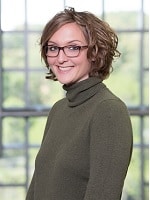 Rachel Drummey PMHNP is a nurse practitioner working in PHP and outpatient providing care to adolescents and adults with eating disorders. She received her master’s degree in nursing with a specialty in mental health across the lifespan from MGH’s Institute of Health Professions. Eating disorders are Rachel’s main area of focus, and she also works with clients with various comorbidities, including PTSD, depression, anxiety, and personality disorders. In her free time she enjoys running, biking, and yoga.