Body Shaming in the Media: Are We Just as Much to Blame as the Tabloids?

Tabloids. Trash magazines, TMZ.com, rags, gossip mags, scandal sheets. We’ve all seen them, and I think I can confidently assume that the majority of us have gotten drawn in to at least one of these articles. “Taylor and Calvin broke up,” “Kourtney is with a younger man,” “Angelina has an eating disorder,” “Jen is pregnant.” 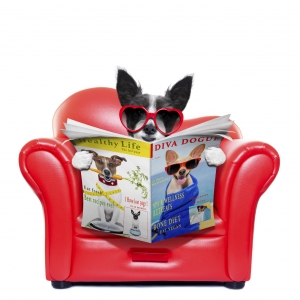 Jennifer Aniston recently published an article for Huffington Post criticizing modern media for the unfair way with which we judge a person’s success and worth based upon a narrow definition of what is considered “right” or “beautiful.”

For those of you not following Jennifer Aniston’s career, her life (including her struggles) has been live streamed across all major networks from break-ups to hairstyles and marriage to pregnancy (or lack thereof). Since her marriage to actor Justin Theroux, tabloids have been obsessed with looking for any signs that Jennifer might be expecting, including photographing her from every possible angle to get even the slightest bit of stomach bloat to stir up rumors.

The thing that struck me the most about Jennifer’s article was her point about us becoming immune to the body shaming thoughts and views of today’s society.

It reminded me of a comment from an attendee at a conference I attended who said, “It’s like we are fish swimming in a pond—how could we know we’re wet, or even what water is when all we’ve ever done is swim in water? Unless we are taught to pay attention to it, we wouldn’t even know what water was!”

We are so used to picking people apart, or judging people based on their external appearance, that body shaming has become a sort of white noise that is constantly playing in the backdrop of our lives. We actually have conversations over dinner that include talking about how so and so has lost / gained a ton of weight. ”Why is this news?” Jennifer asks in the above article. There are so many more important things going on that deserve news coverage!

The reason it’s news, is because we as a society continue to buy these gossip magazines. We are not intentionally body shaming—but in buying these publications, we are consequently supporting and validating the content that they’re providing us.

We’ve got to stop making other people’s appearances a topic of conversation, whether they are in the public eye, sitting in class with you or walking down the street. It’s hurtful, degrading and (despite what you may think) is being heard by others – your peers, your children and even those you may be talking about.

Kudos to Jennifer for expressing her views. For standing up for other celebrities. And for speaking up for those who struggle with their own body image, because no one, not even famous people, are immune to the effects that body shaming can have.

Natalie Cohen is the Senior Marketing and Community Relations Associate as well as the Social Media Coordinator for Walden Behavioral Care. She earned her Bachelor of Arts degree in Journalism from the University of Maine in Orono. Her favorite part of working at Walden is being able to act as an advocate for clients suffering with mental illnesses and interacting with other eating disorder professionals in the community. In her free time, Ms. Cohen enjoys yoga, going to the beach, shopping and doting on her dogter Bella.