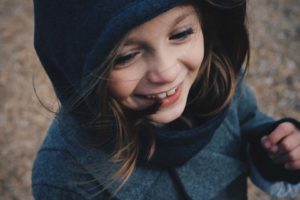 When asking friends, family, and community members what population of people experience eating disorder symptoms, responses usually include young adult, white and female. While it is true that a majority of reported eating disorder cases might fall within this subset, there are many more individuals, outside of this population, that also live with eating disorders.

Did you know that 81% of 10 year olds are fearful of becoming fat? While this can be staggering for many outside of the eating disorders field, it is not uncommon for my colleagues at Walden and I to schedule evaluations for children as young as 6. With the ever-changing climate of mass media and societal pressures, children are experiencing eating disorders at younger and younger ages. For this reason, I thought it was important to list some of the things I’ve learned in working with the pediatric population.

Picky eating may not be “just picky eating” – Along with other changes from the DSM-IV to the DSM 5, several eating disorder diagnoses were either added or amended in order to better fit what many mental health professionals were seeing in the field. Avoidant Restrictive Food Intake Disorder (ARFID) is a diagnosis that we’re seeing most commonly in children. This diagnosis describes a person that restricts or limits their intake of food. Unlike anorexia nervosa however, these individuals are not afraid of becoming overweight, but often have other underlying mental or physical concerns that could be impeding them from eating “normally.” The ARFID diagnosis has been instrumental in validating the struggle that many families have experienced and has helped many professionals in understanding that children can be more than “just a picky eater,” and get them the help that they deserve.

Children are listening and watching the way we talk about and treat our bodies – Far too many adults, often speak poorly about their own body weight, shape and size. We all see in the media ‘what the perfect body should look like’ or are made to feel like our natural appearance isn’t good enough with the addition of filters and photo shopping to all of our photo sharing platforms. Our children pick up on these nuances too. When you say, “I shouldn’t eat anymore,” or “if I could only lose a little more weight,” our younger generation is listening and wondering if they too shouldn’t eat anymore, or if they too should lose weight. Did you know that 37% of 3rd – 6th graders have already dieted and 42% or 1st -3rd grade girls want to be thinner? By being kind to ourselves, children can learn to do the same.

The language of Good vs Bad – Children often have a difficult time with abstract thinking–as that part of the brain is typically developed later. When we label foods as good or bad to our children, we can unintentionally instill food rules into our children. What if we took out this concrete thought that there is good food and bad food and instead incorporated language that supported variety? Maybe some food is a treat while others are necessary to help our brains grow and support our activities. Often, children understand diets to be cutting out food groups or restricting intake. If we could change the language around food to be more inclusive, we could help our children to understand hunger and satiety queues, balance and how to actually enjoy eating.

Parents support their kids and parents support each other – Children that experience eating disorder behaviors often struggle with regulating their emotions and may have a difficult time describing and naming the emotion that they are feeling. These stressors can open the gate for eating disorder behaviors to help sooth an individual for a short period of time. Parents can support the decrease in eating disorder behaviors through supervising, preparing meals and snacks and setting meaningful rewards or consequences for increasing meal compliance and decreasing the use of maladaptive behaviors. These tasks can also be taxing on a parent. So what I’ve learned through working with this population is: parents need other parents! It is important to feel that you are not alone in supporting your child or adolescent. I continue to say to parents that – ‘no one signed up for this’ and ‘no doctor gave a pamphlet out about eating disorders when your kid was born.’ It’s important to use each other. Join support groups at local treatment centers (Walden’s IOP and pediatric programs include support groups), seek out online support groups via Facebook, NationalEatingDisorders.org, or other online forums.

If your child or loved one is experiencing eating disorder symptoms, there is help available. Walden has a specialized pediatric program for children ages 6-10 with a multi-disciplinary team experienced in working with this unique population.

Nicole Pipitone, MAAT, LPC is currently the Assistant Program Director at Walden Behavioral Care’s Guilford, CT clinic. Previous to this role, Niole was the Clinical Supervisor for Adolescent Programs for the Connecticut Region at Walden in South Windsor, CT. Nicole received her master’s degree  in art therapy and clinical counseling from Albertus Magnus College. In 2012, Nicole found an interest in working with the eating disorder population and began working at Walden in 2013. During this time, Nicole has supported the growth of the adolescent programs for both parents and adolescents through facilitating support groups, psycho-education groups, dialectical behavioral therapy groups, cognitive behavioral therapy groups, and implementing the Family-Based Treatment model.